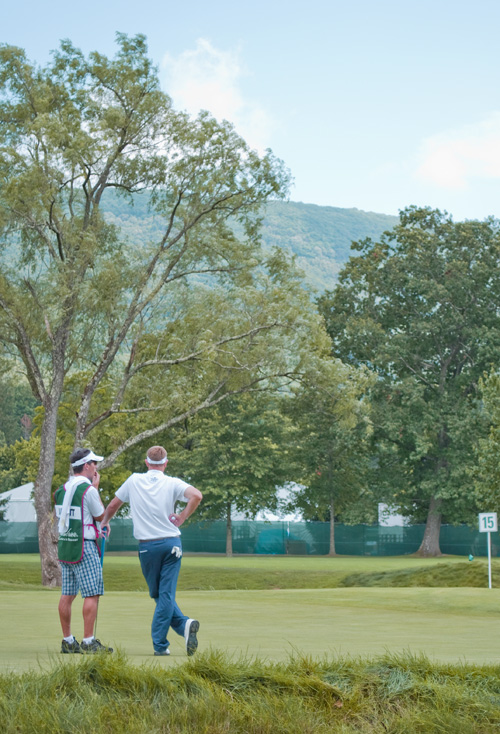 With thousands of spectators following and a clamoring herd of media jockeying for position before each shot, Greenbrier Sporting Club sales executive Jonathan Bartlett played this past week’s Greenbrier Classic tournament like a seasoned PGA pro. Given an exemption into the tournament by Greenbrier owner and president Jim Justice as a reward for winning the West Virginia State Amateur Tournament earlier this year, Bartlett commanded a large contingent of Sporting Club members and locals as he battled his way to -2 on the second day of the tournament.

After a nerve racking few hours, in which the cut waivered between two and three under, the news finally came down the cut had settled at -2, giving one of our own another chance to live out the opportunity of a lifetime.

Bartlett finished the tournament on Saturday at -1, and did not get to play on Sunday. But the experience itself is something he will always carry with him.

“I’ll never forget this as long as I live,” said Bartlett to a room full of media. “My boys can see it. I got one that’s gonna turn four and one that’s almost two, so of we’re trying to get as much on tape as possible so they’ll believe me when the time comes.” 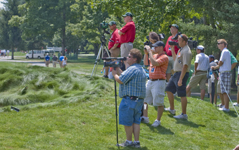 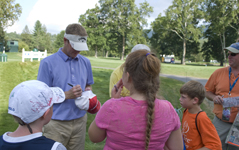 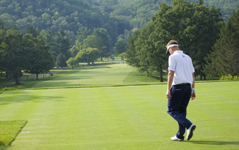