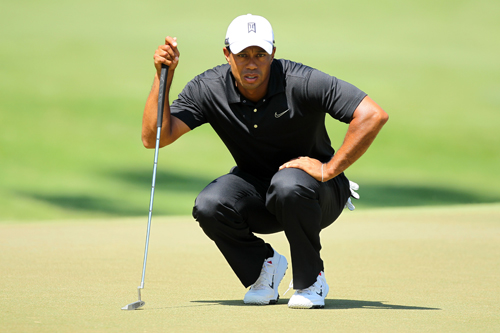 Tiger Woods announced Monday that he will be playing in this year’s Greenbrier Classic, joining a strong field for the PGA TOUR event set for July 2-8. Tiger definitely brings an added layer of excitement to the popular event that won “Best in Class” from the PGA TOUR in 2011 and looks to continue that trend this year with another impressive field of players and concert lineups, including Toby Keith, Lionel Richie, The Fray, Rod Stewart and Bon Jovi.

Already committed to play in this year’s Greenbrier Classic are Phil Mickelson, who failed to make the cut last year and is looking for a little revenge on the Old White TPC course, Tom Watson, the resort’s pro emeritus, Sergio Garcia, Kenny Perry, returning champs Stuart Appleby and Scott Stallings, and a host of other players looking to take home part of the tournament’s $6.1 million purse.

While Tiger has struggled recently on the TOUR, the 72-time event winner still commands enormous crowds and ticket sales are already heating up. His presence alone is a huge coup for the Greenbrier Classic, in only its third year, and is one of only three new tournaments Tiger has added to his schedule in the past year.

With the Greenbrier Classic quickly becoming a favorite stop for TOUR players, you can expect the field and excitement to build until Thursday morning’s tee-off. With badges starting at only $189 for the entire week and free access to all of the Concert Series.

Members of the Greenbrier Sporting Club will have the luxury of being within walking distance of this exciting event in addition to having access to The Greenbrier resort’s amenities, including fine dining, a five-star spa, designer boutiques, indoor pool, casino, ballrooms, and four of the best golf courses in West Virginia. 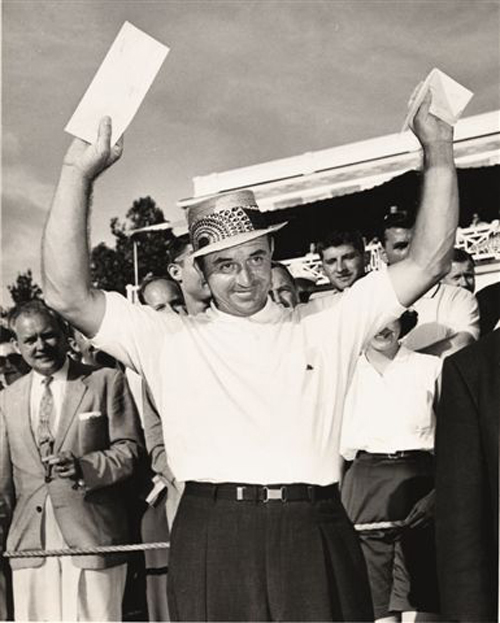 The event originated in 1948 and has featured such golf greats as Ben Hogan, Bob Hope, Arnold Palmer, and Gary Player. Originally called The Greenbrier Open, it became known as the Sam Snead Festival in 1957 after Sam won the open three years in a row. Events include a welcome reception, practice rounds, players’ reception, awards luncheon, and a gala to celebrate Sam’s 100th birthday.

The 36-hole, Pro-Am tournament will be played on two of The Greenbrier’s championship courses, The Greenbrier and The Old White TPC. Teams consist of a PGA or LPGA club or touring professional and four amateur players. The Greenbrier course was originally designed by Seth Raynor in 1924. In 1977, it was redesigned by Jack Nicklaus. Charles Blair Macdonald designed The Old White TPC course, which opened in 1914. President Woodrow Wilson was one of the first to play its large fairways and challenging greens.

Sam Snead was born in Ashwood, Virginia in 1912. Nicknamed “Slammin’ Sammy” because of his strong, lengthy drives, he was admired by many for his smooth swing. He and his trademark straw hat have graced several covers of Sports Illustrated and Time magazine.

The top golf player in the world for nearly four decades, Sam won a record 82 PGA Tour events and 70 others worldwide. His wins include three Masters, three PGA championships and one British Open. Sam is a member of the World Golf Hall of Fame.

Playing golf on The Snead Course is an exclusive benefit to members of The Greenbrier Sporting Club. Designed by Tom Fazio, this par 71 course opened in 2004. It features five sets of tees and a practice range that allows up to 30 golfers at a time. The course has target greens, simulated holes and a short game section with a fairway, green, and bunker shots.