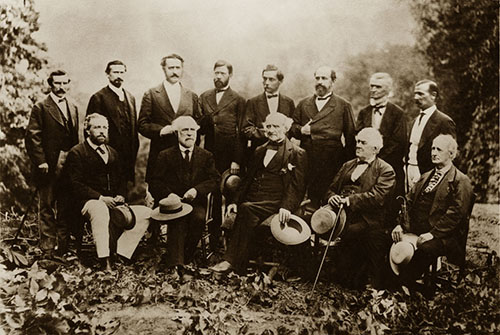 Many may know that on August 31, 1942 The Greenbrier became Ashford General Hospital. But, did you know that in 1861 it became the hospital for wounded and sick soldiers during the Civil War?

The Greenbrier, then “The Old White,” served as both military headquarters and hospital for the Confederacy. For two years, the grand hotel accommodated up to 1,600 soldiers, and its dining room and parlor were filled with multiple rows of the wounded. According to the National Archives, 192 Confederate soldiers died during their time at The Old White, with many of them passing during late fall into winter. It was during this time, that Confederate General Robert E. Lee made a stop at White Sulphur Springs, as he came down the mountains and into western Virginia. Upon visiting the wounded, Lee first saw the horse he would eventually ride in battle and throughout his later years in life. This horse was born approximately 20 miles from White Sulphur Springs, and was originally named “Greenbrier” by his owner Major Thomas Broun. A year later, Lee met the Major in South Carolina and was given the horse as a gift. Lee kindly turned down the offer as a gift, and demanded Broun take $200 payment for the horse he then named “Traveller”.

After the war, Lee rode Traveller from Lexington, Virginia (where the General had become the President of today’s Washington & Lee University, then Washington College) to White Sulphur Springs for three consecutive summers to vacation in Baltimore “G” cottage with his family. The Greenbrier served as a much-needed oasis of relaxation from the turmoil of battle for Lee, his family, and friends. 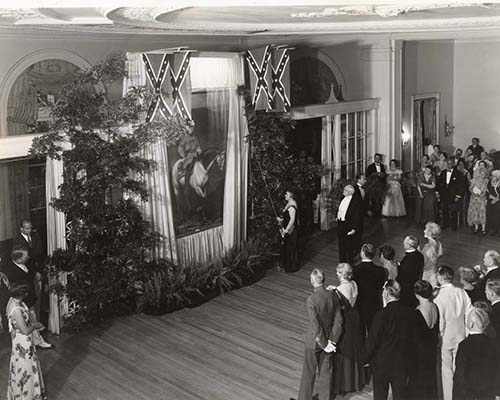 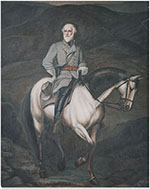 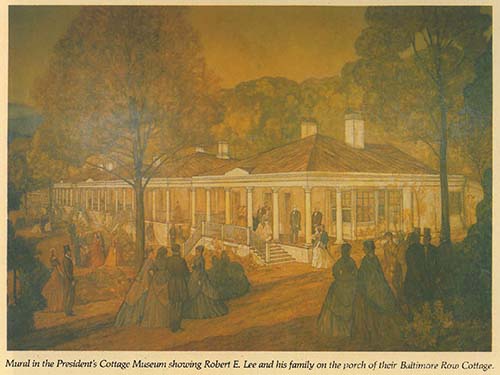 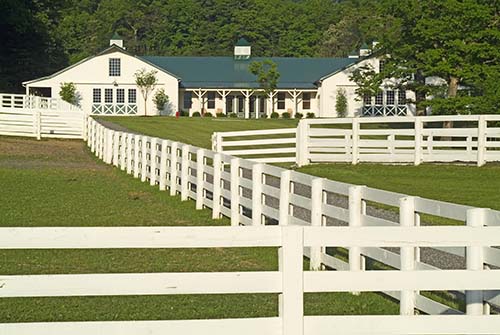 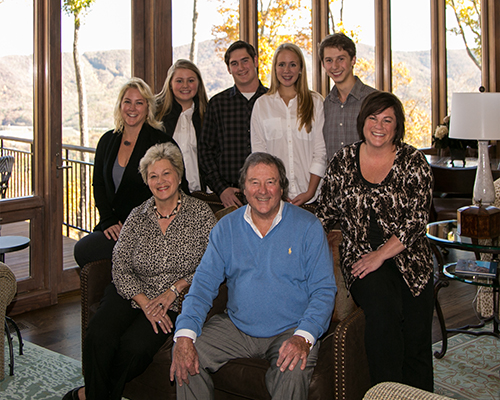 Q: How did you first become aware of The Greenbrier and our real estate opportunities?
A: We’ve been coming for 40 years, before they even started selling homes and homesites!

Q: What attracted you to become a member at The Greenbrier Sporting Club? What were you looking for in a club?
A: We love The Greenbrier, and owning a home is part of The Greenbrier experience. We are probably their most loyal customers!

Q: How often did you visit The Greenbrier before purchasing real estate?
A: We have been coming for 2-4 times a year, along with the kids and grandkids; they love it.

Q: How often do you visit The Greenbrier Sporting Club now since becoming a member?
A: We visited The Greenbrier for about 38 years before our Real Estate purchase, and our home just completed construction late 2014. We will still come several times during the year, nothing will change about that! Proximity allows us to come more often, and the kids and grandkids will visit as much as they can.

Q: What drew you specifically to your real estate purchase?
A: Brooks Beard (a former Sporting Club sales executive)—we stopped in to talk to him in the office. It was a rainy day, so we decided to take a drive up the mountain to look at some homesites, which I had never been up to. I love to play golf, so I love the views looking down to the courses and The Greenbrier. I bought that afternoon!

Q: What legacy do you hope to create with your family at The Greenbrier Sporting Club?
A: Already established…the kids and grandkids are so at home here. 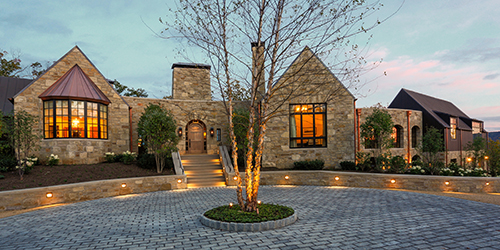 Your Insight on Building at The Greenbrier Sporting Club:

Q: Why do you believe now is a good time to build at The Greenbrier Sporting Club?
A: Simply put, I bought a homesite and wanted to build on it. We are very committed to The Greenbrier, and it is our favorite vacation place in the country.

Q: What was the inspiration that led to the architectural design of your home?
A: George & Mitch Acock, Acock Associates, Columbus, OH. There really was no inspiration—they showed us plans and ideas, and went from there. We liked what they put together, so we went with it! 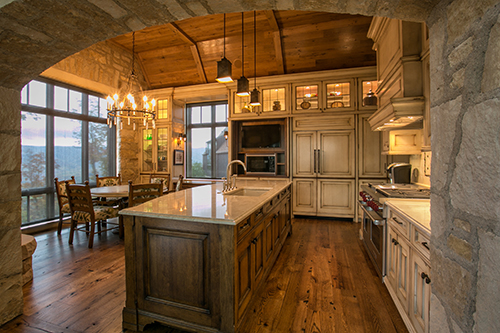 Q: What architectural, building, landscape and/or interior design firms did you use and why did you choose them specifically?
A: George & Mitch Acock, Acock Associates, Columbus, OH (Architecture Firm). We chose Peter McKinney from Agsten Construction to build our home. Tony Oates, Oates Landscape Architecture, Richmond, VA for the landscaping and a close family friend, Dean Huntley, Plantation Interiors, Hilton Head Island, SC as the interior designer. We are thrilled with our choices and wouldn’t change a thing!

Q: What’s a specific feature of your home/homesite that you enjoy (or will enjoy) the most?
A: The views, most certainly! 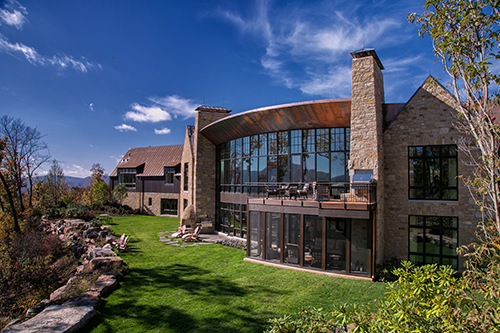