A Military Tribute at The Greenbrier Set to Return September 2019

A Military Tribute at The Greenbrier returns to the historic Old White TPC Golf Course September 9-15, 2019, and the PGA TOUR’s annual stop at The Greenbrier will continue to honor the men and women of the United States Military, as well as first responders, as the anniversary of September 11, 2001, is recognized.

Along with a fresh date, A Military Tribute at The Greenbrier also has a new Executive Tournament Director in Robert Harris, the Vice President of Golf at America’s Resort.™

Recruited to The Greenbrier in 1991 as the Director of Golf, Harris has served in many different capacities during his nearly three decades at America’s Resort,™ including overseeing all of the resort’s recreational activities. Before coming to The Greenbrier, Harris was the Director of Golf at the Ponte Vedra Inn & Club and the Head Golf Professional at The Resort at Glade Springs. A native of Jacksonville, Florida, Harris has been a PGA of America Class A member since 1980.

Harris is a graduate of Brigham Young University and holds a MS in Psychology. He is married to Judith Walz-Harris, a practicing attorney, and the couple has three grown children (one is currently a member of the U.S. Armed Forces) and four young grandchildren spread across the globe.

“I am thrilled and honored to be able to lead this fantastic tournament that brings the best golfers in the world to The Greenbrier each year,” said Harris. “We are extremely proud of the history and tradition of golf here at America’s Resort,™ and A Military Tribute at The Greenbrier gives us the opportunity to showcase our amazing golf offerings to the world, while honoring the military and our first responders.” 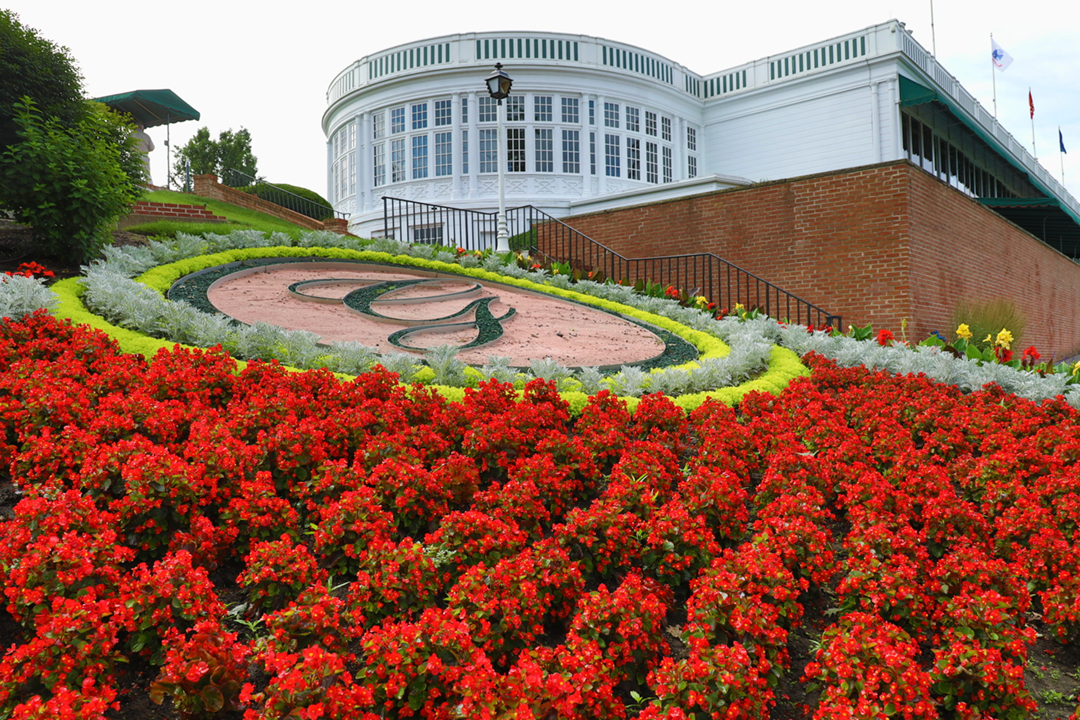 Flowers at The Greenbrier’s golf clubhouse

“HNS Sports Group is proud to join The Greenbrier team in support of managing the golf tournament this coming September. Over the years, HNS has enjoyed working on behalf of The Greenbrier since the tournament’s inception and we are looking forward to our elevated role this year.” said Dan Sullivan, Managing Partner. 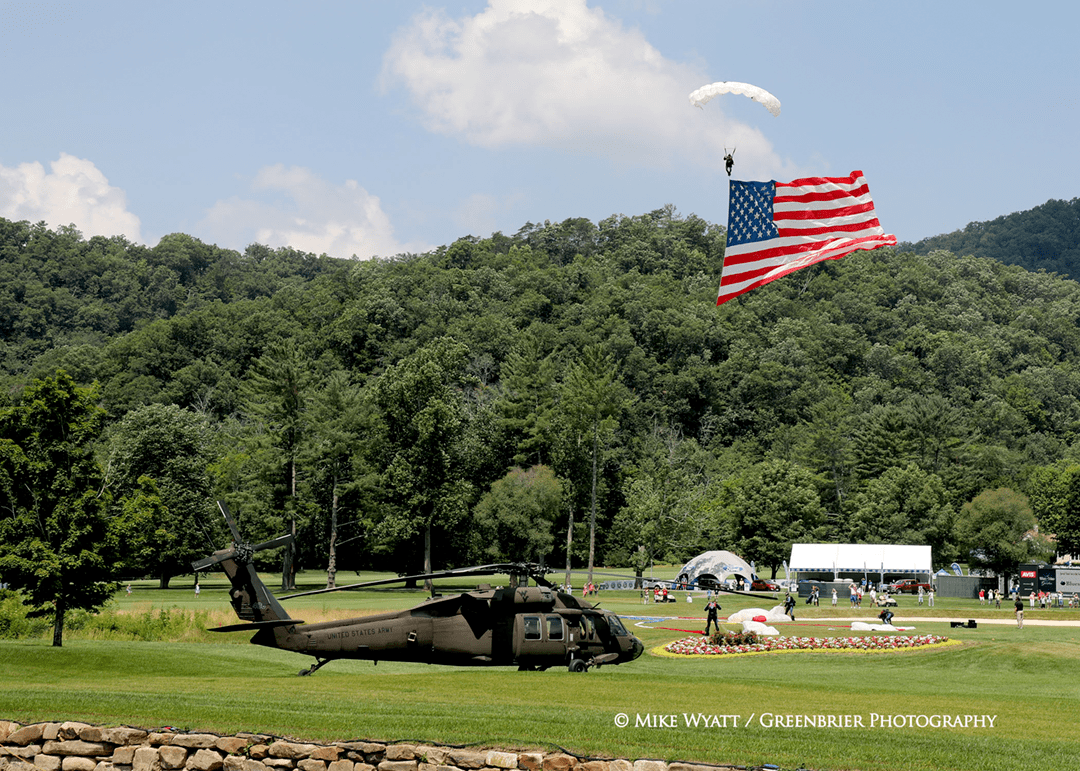 In addition to seven days of world-class golf, A Military Tribute at The Greenbrier will also feature fantastic fan experiences such as military flyovers, a paratrooper skydive, a kids zone, and much more. The tournament rounds September 12-15 will be aired live around the world on the Golf Channel.

This year, another widely-popular event at America’s Resort,™ The Greenbrier Champions Tennis Classic, will take place during A Military Tribute at The Greenbrier, adding to the incredible fan experiences throughout the 11,000 acres. The annual tennis showcase will take place on the evenings of September 13 and September 14 at Center Court at Creekside, the beautiful 2,500-seat tennis stadium, which opened in 2012. Information about tickets and the participating players will be announced at a later date. 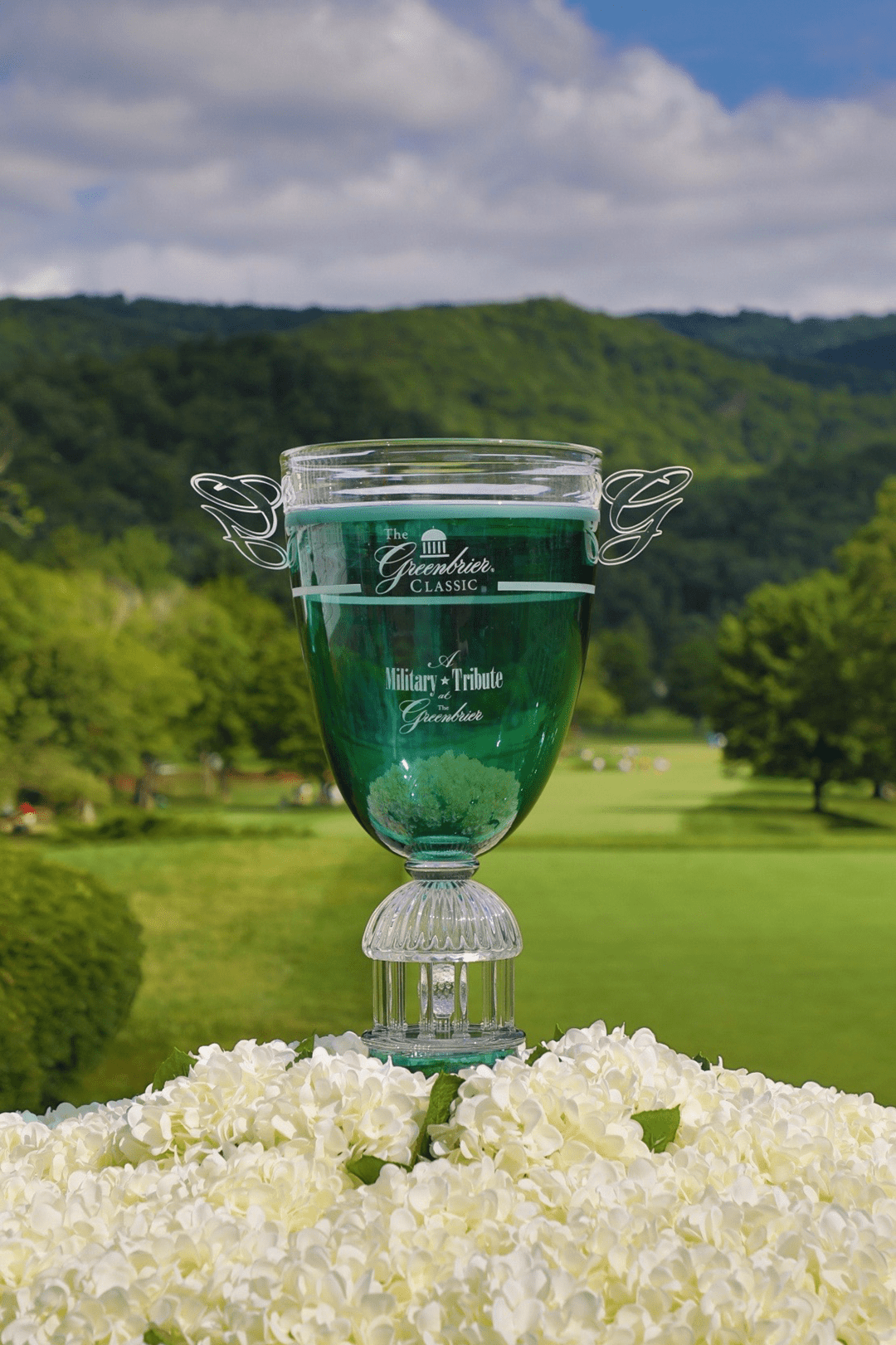 A Military Tribute at The Greenbrier Trophy

Since its debut in 2010, A Military Tribute at The Greenbrier, formerly known as The Greenbrier Classic, has drawn the top golfers on the PGA TOUR to The Old White TPC, a 1914 CB Macdonald classic. Tiger Woods, Phil Mickelson, Keegan Bradley, Jordan Spieth, Paul Casey, Dustin Johnson, Justin Thomas, Sergio Garcia, Xander Schauffele, and Greenbrier Sporting Club member Bubba Watson are just a few of the stars who have walked the fairways of The Old White TPC during tournament play.

Tickets for A Military Tribute at The Greenbrier will go on sale in May and will be accompanied by additional details on other exciting attractions to be hosted tournament week. All tournament information, including ticket availability, will be offered online at www.amilitarytribute.com or by calling 888-598-7380. Room reservations are available now by calling The Greenbrier at 844-317-4099 Option 4 or visiting www.greenbrier.com.