The newest addition to the award-winning golf offerings at The Greenbrier and The Greenbrier Sporting Club follows in the tradition of excellence that has become synonymous with “America’s Resort™,” but it also provides a fresh and unique option for today’s modern golfer. 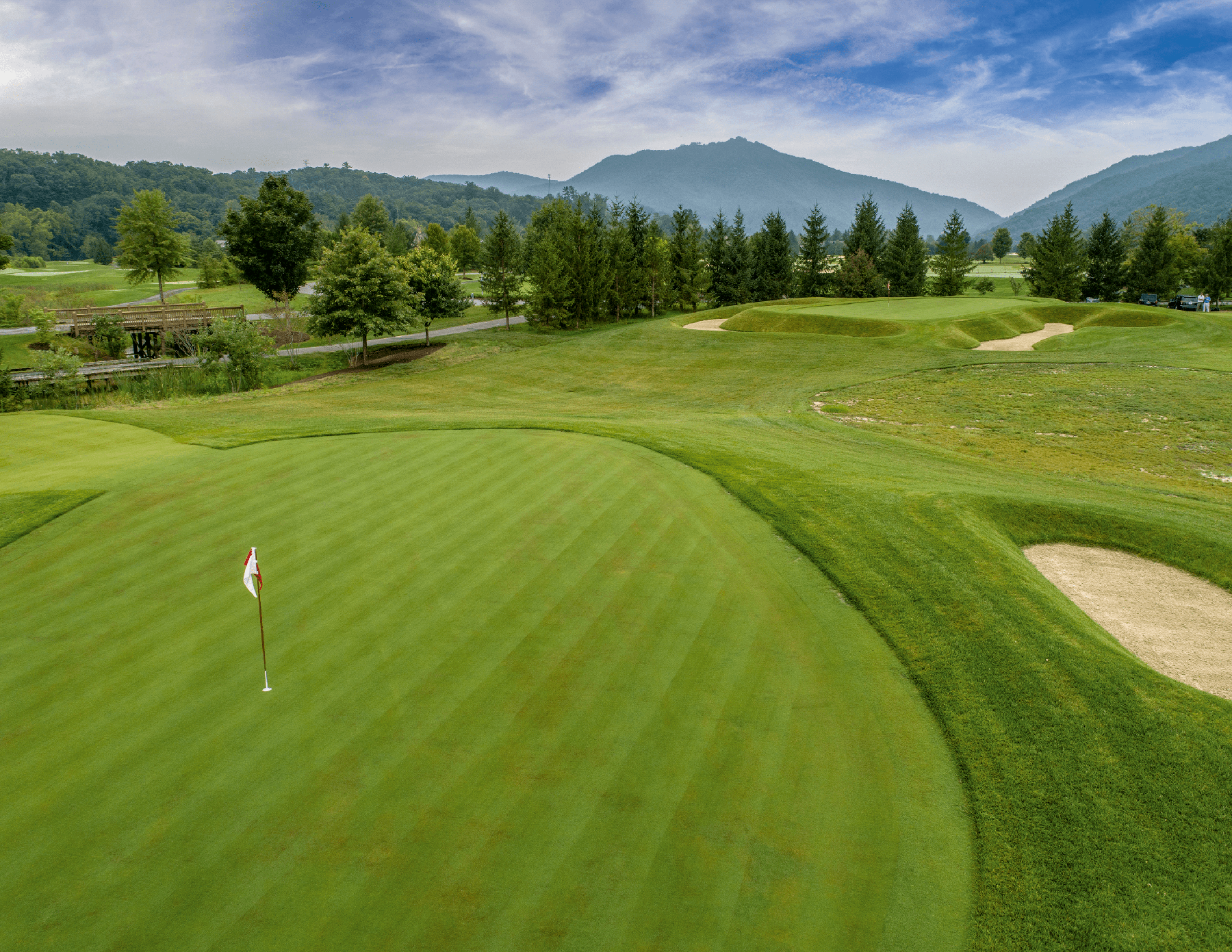 The Ashford Short Course at The Greenbrier Sporting Club is a walking-only 9-hole loop of par 3 holes, ranging from 56 to 112 yards in length. The holes pay tribute to revered architects and courses around the world and provide a relaxed family environment that is entertaining for golfers of all levels and abilities.

In addition to providing a place for beginners to learn the game, or an experienced golfer to work out the rust in his or her short game, the course plans to host unique events like night golf and closest to the pin contests.

The new course’s name, The Ashford Short Course, pays tribute to the rich history at The Greenbrier and remembers a unique moment in The Greenbrier’s more than 240-year past.

In 1942, the historic resort was sold to the United States Army, and it became a hospital for sick and wounded soldiers during World War II. Named for Army physician Col. Bailey K. Ashford, Ashford General Hospital treated more than 25,000 soldiers from 1942 through 1946. It employed 45 doctors, 100 nurses, and 500 enlisted men, along with hundreds of volunteers. The recovering servicemen benefited by using The Greenbrier’s immaculate facilities – including the pool, the golf courses, and the tennis courts – during their recovery.

Set in the valley floor with breathtaking views of the surrounding mountains, the course is accompanied by seven new homesites for members of The Greenbrier Sporting Club.

This hole plays to the shared green with No. 7 Double. This concept was inspired from a Walter Travis green complex from Kennebunkport, Maine. Mr. Travis thought a player should be able to play most shots around a green with almost any club in his bag. With the large approach and mounding around this green, a player should be able to use a variety of clubs and imagination if the green is missed. This hole plays approximately 82 yards.

This hole plays to a shared green with No. 6 Lions Mouth. It is inspired by The Duel Hole, a famous par 3 designed by A.W. Tillinghast at The San Francisco Golf and Country Club. This famous hole was built on the actual site of a well-known duel in 1859 between Senator David Broderick and Supreme Court Justice David Terry of the Democratic Party. This duel hole has a large potato chip looking putting surface, a concept ‘’Tilly’’ incorporated in many of his designs. This hole plays approximately 93 yards.

In case you were wondering, Supreme Court Justice Terry was on the better end of the duel!

With two great concepts in one, the reverse Redan will encourage players to play left of their target and use the slope to get closer to the hole and the more level part of the green. A misplaced shot to the right will have to contend with the deep bathtub bunker! This hole plays approximately 100 yards.

This hole plays along Howard’s Creek and to a double shelved putting surface. The green complex features a sloping green from back to front with deep penal bunkers to the left and rear of the green. This hole plays the longest at approximately 112 yards long.

This hole plays to a double green shared with the No. 3 Duel hole. The green is split by a large ridge that dissects the two holes. A “Lions Mouth” bunker, guards the front right of the green. The Lions Mouth is a concept that Seth Raynor and CB Macdonald used on many of their courses. This hole plays approximately 76 yards.

This hole plays to another shared green with the No. 2 Press hole. The green is again separated by a large ridge running through the center, giving each hole its own defined putting surface, even though the greens are connected. A long skinny bunker on the front left guards the green. Once on the green, the surface has many subtle breaks. Walter Travis, renowned for his green complexes, inspired the green concept. This hole plays approximately 97 yards.

The original Redan hole was built in Scotland at North Berwick. The hole has been duplicated many times by the likes of Seth Raynor, CB Macdonald, Charles Banks, and many others. The Redan allows a player to play on the extreme side of the green, to which the ball will roll to the level part of the putting surface. This hole plays approximately 102 yards.

Our rendition of HC “Papa” Leeds’ 9th hole at Myopia Hunt Club – which some call the most interesting par three in the world. This quirky, but fun, short par 3 has it all – from the surprise bathtub bunkering (deep and skinny), to the dramatic views once on the green. This hole plays approximately 88 yards.

Back to Amenities
Obtain the Property Report required by Federal law and read it before signing anything. No Federal Agency has judged the merits or value, if any, of this property. This is not intended to be an offer to sell nor a solicitation of an offer to buy real estate in The Greenbrier Sporting Club by residents of any other jurisdiction where prohibited by law. This project is registered with the New Jersey Real Estate Commission, N.J. Reg. No. 11-59-0002.  This project is registered with the Pennsylvania State Real Estate Commission, Registration No. OL-000654.  All prices are subject to change at any time and without notice. From time to time, price changes may have occurred that are not yet reflected on this site. Please check with the sales center for the most current pricing. Use of recreational facilities and amenities requires separate club membership.  We encourage and support an affirmative advertising and marketing program in which there are no barriers to obtaining housing because of race, color, religion, sex, handicap, familial status or national origin.  John Klemish, Broker. Office located in The Greenbrier resort.