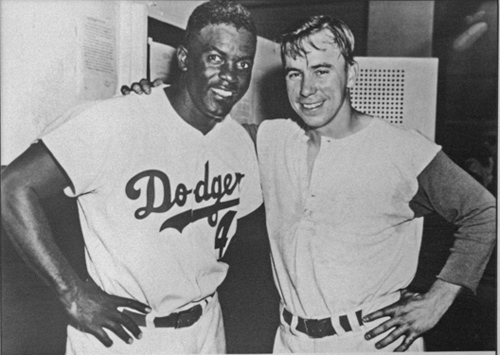 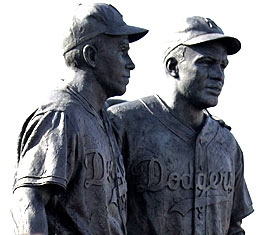 Harold Henry Reese (1918 – 1999) received many nicknames throughout his life but was known by most as “Pee Wee”. Reese was given that nickname during his marble playing days and was also a Louisville city marbles champion at age 12. Pee Wee played shortstop for the Brooklyn Dodgers, who soon afterward became the Los Angeles Dodgers. Reese was elected into the Baseball Hall of Fame in 1984.
Pee Wee also helped smooth the transition of Jackie Robinson into National League baseball by making friends with the player. Not only were they one of the most feared double-play combinations in history, but his public displays of acceptance helped ease the public and players’ resistance to integration.