Greenbrier Sporting Club member and two-time Masters Champion Bubba Watson has donated $500,000 to The Children’s Hospital at Sacred Heart in Pensacola, Florida, after winning the MetLife MatchUp. People voted in this online contest for the best recovery shot of the PGA Tour season, and Bubba’s was the crowd favorite. He donated his prize to the hospital, as well as junior golf efforts.
Read more about this below or online at ascension.org. 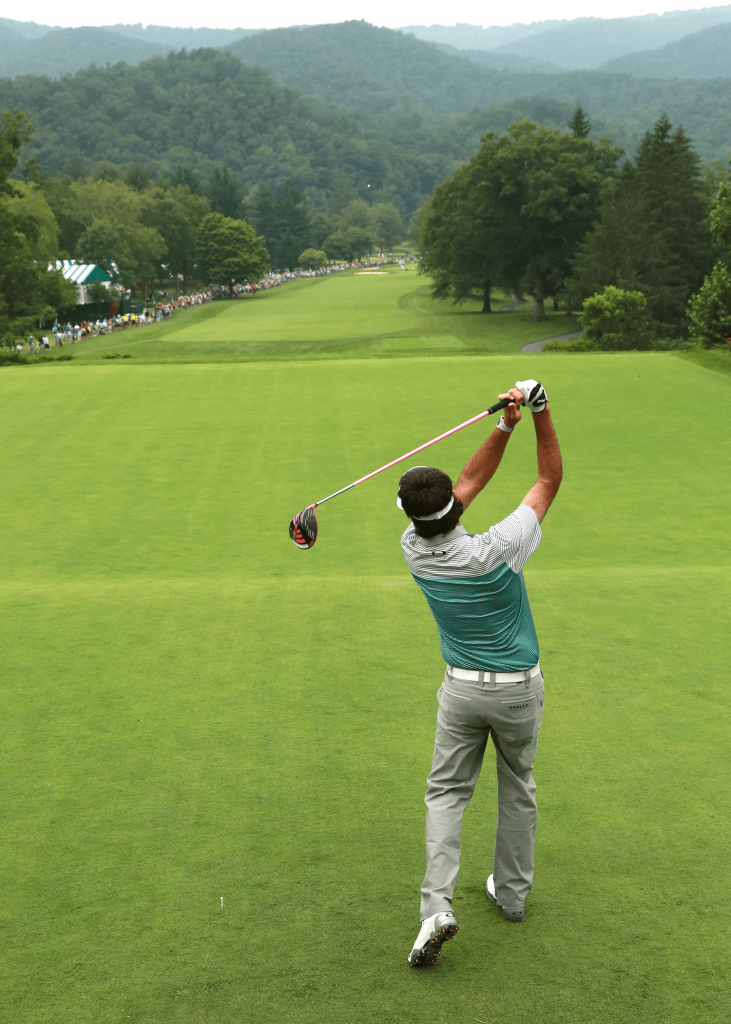 Bubba Watson on Old White TPC at The Greenbrier

Two-time Masters Champion Bubba Watson has donated $500,000 to The Children’s Hospital at Sacred Heart in Pensacola, Florida, in the Ascension Gulf Coast Ministry Market, as a result of winning the MetLife MatchUp, an online contest in which people voted for the best recovery shot of the PGA Tour season.
Watson – who is a resident of Pensacola and was born at Sacred Heart Hospital Pensacola – is one of the most decorated and accomplished golfers on the PGA Tour.
He was one of 10 professional golfers selected as finalists in the MetLife MatchUp. The player whose shot had the most votes won a $1 million prize.
Thanks to an outpouring of support from Watson’s fans and the Northwest Florida community, along with Ascension associates, Watson was named the 2017 MetLife MatchUp Champion and announced he would donate his prize to The Children’s Hospital at Sacred Heart, as well as junior golf efforts.
“Through the power of working together as One Ascension, we were able to help Bubba Watson win this online challenge and benefit the many children served by the associates and physicians at The Children’s Hospital at Sacred Heart,” said Nick Ragone, Senior Vice President and Chief Marketing and Communications Officer.
The shot that won Watson the MetLife MatchUp took place in the opening round of The Greenbrier Classic 2017. Watson found his tee shot in the woods, requiring a punch-out shot into the fairway. He then bent his third shot onto the green on the par-4 13th hole and finished it off with a 41-foot putt to save par.
Watson’s donation will support the construction of Sacred Heart’s new four-story children’s hospital, which will increase access to specialized pediatric and maternity care and consolidate inpatient pediatric services in one convenient location.
“I have always been proud to represent Pensacola around the world,” Watson said. “It’s where I was born and raised. People in Pensacola helped me to become better at the game of golf and to become a better person. When I came back to Pensacola after living elsewhere for eight years, I thought about how I could help the city, how I could become an important part of it. Living here with my family, I want Pensacola and the entire Gulf Coast to be a great place for all families. When I learned about The Children’s Hospital and the need for the new building and expanded services, it really hit home. I knew I had to help the dream come true. Completion of The Children’s Hospital is like bringing a championship to Pensacola.”
The MetLife MatchUp marks a continuation of Watson’s support of The Children’s Hospital. In 2015, the annual charity event Bubba Bash, run by the Bubba Watson Foundation, raised $100,000 for the new children’s hospital.
“We’re thrilled to have such enthusiastic support from the Watson family during our construction of the new children’s hospital,” said Susan Davis, Senior Vice President, ascension Healthcare, and Ministry Market Executive, AscensionGulf Coast. “In addition to his professional golf success, Bubba Watson has worked tirelessly to better our community. We consider it both a blessing and an honor that he’s chosen to give so generously to Sacred Heart. This gift will touch the lives of thousands of sick and injured children for generations to come.”