Quarter Horse, Tennessee Walking Horse, Paint, Percheron – the names are familiar but what defines these breeds? Follow along as we discover unique characteristics and why we make room for them in our stable.

The most predominant horse breed in American excels at sprinting short distances. The American Quarter Horse is the most popular breed in the United States, with a registry of almost 3 million horses. Its name came from its ability to outdistance other horse breeds in races of a quarter mile or less, some have been clocked at speeds up to 55 mph.

Well known both as a race horse and for its performance in rodeos, horse shows, and as a working ranch horse, their compact body is well-suited to the intricate and speedy maneuvers required in reining, cutting, working cow horse, barrel racing, calf roping, and other western riding events, especially those involving live cattle.

This breed of gaited horse is known for its unique four-beat running-walk and flashing movement. The Tennessee Walker is a popular riding horse due to its calm disposition, smooth gaits, and sure-footedness. Commonly ridden by plantation owners “in the day” to travel long distances over their land, thus the importance of a breed of horse with a smooth gait. Today, they are often seen in the show ring, but are also popular as a pleasure and trail riding horse using both English and Western equipment. 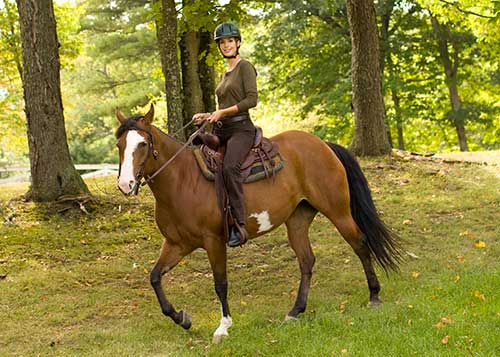 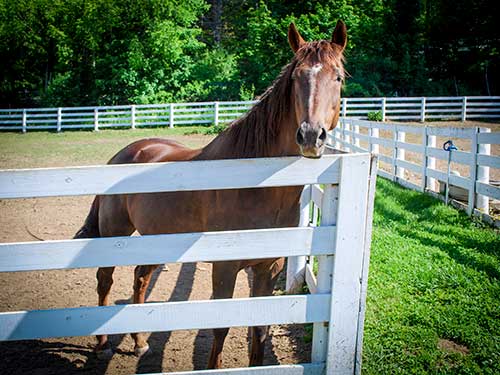 This breed is well known as the standard for horse racing. Although the word thoroughbred is sometimes used to refer to any breed of purebred horse, it technically refers only to the Thoroughbred breed. Thoroughbreds are considered “hot-blooded” horses that are known for their agility, speed, and spirit.

The Thoroughbred, as it is known today, was developed in 17th and 18th century England, when native mares were crossbred with imported Oriental stallions of Arabian, Barb, and Turkoman breeding. All modern Thoroughbreds can trace their pedigrees to three stallions originally imported into England in the 17th century and 18th century and to a larger number of foundation mares of mostly English breeding. Thoroughbreds are used mainly for racing, but are also bred for other riding disciplines such as show jumping, combined training, dressage, polo, and fox hunting. They are also commonly crossbred to create new breeds or to improve existing ones, and have been influential in the creation of the Quarter Horse, Standardbred, Anglo-Arabian, and various warmblood breeds. 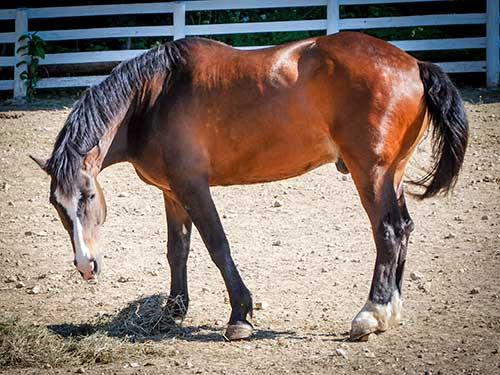 Since we just discussed Thoroughbred, we will talk about the Belgian horse.

The Belgian horse or Belgian draft horse, also known as Belgian Heavy Horse, Brabançon, or Brabant, is a draft horse breed from the Brabant region of modern Belgium, where it is called the Cheval de trait belge or Flemish: Belgisch Trekpaard or Brabants Trekpaard or Brabander. It is one of the strongest of the heavy breeds. The Belgian Heavy Draft horse stands between 16.2 and 17 hands (66 and 68 inches) as measured at the withers. On average, the Belgian grows to weigh slightly over 2,000 pounds. Most American Belgians are a light chestnut with a flaxen mane and tail. Currently, the world’s tallest horse is a Belgian Draft horse named Big Jake, a gelding born in 2000. He stands 82.75 inches tall. The worlds largest recorded Belgian Draft was named Brooklyn Supreme. He weighed 3,200 lbs. and stood at 78 inches tall. 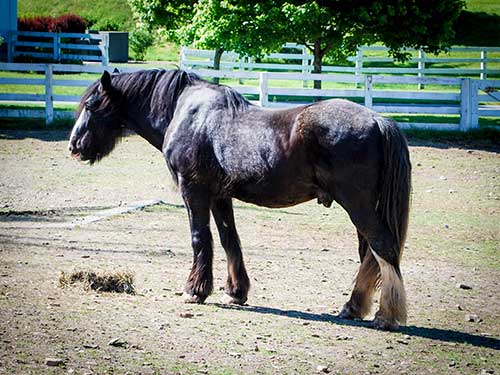 The Shire is a British breed of draft horse with coloration typically black, bay, or grey. This breed has a great capacity for weight pulling, popular throughout its history for pulling brewer’s carts delivering ale to customers. Several breweries still maintain this tradition in the UK, such as the Samuel Smith Brewery in Tadcaster, and Thwaites Brewery. Today, the breed is also used for forestry work and leisure riding due to their steady and (and sturdy) disposition. 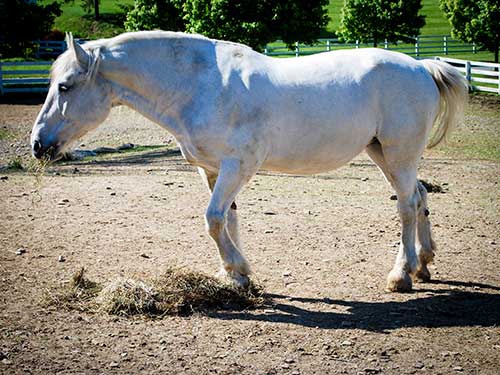 The Percheron is a breed of draft horse that originated in the Huisne river valley in western France, part of the former Perche province from which the breed takes its name. Usually gray or black in color, Percherons are well muscled and known for their intelligence and willingness to work. They were originally bred for use as warhorses. Over time, they began to be used for pulling stagecoaches and later for agriculture and hauling heavy goods. Percherons are also adept under saddle, including competition in English riding disciplines such as show jumping.

The overall impression of the Percheron is one of power and ruggedness. Enthusiasts describe the temperament as proud and alert, and members of the breed are considered intelligent, willing workers with good dispositions. They are considered easy keepers and adapt well to many conditions and climates. In the 19th century, they were known to travel up to 37 miles a day at a trot.
[/et_pb_text][/et_pb_column][/et_pb_row][/et_pb_section]