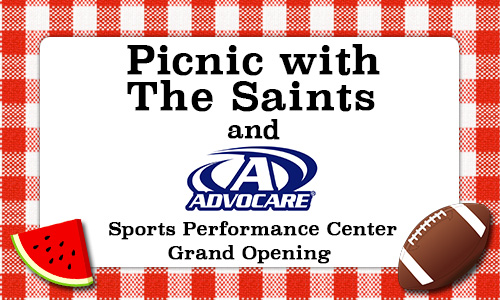 It is not often one gets to dine with an entire NFL football team at a world-class resort, but that is exactly what thousands of fans got to do on Saturday, July 26th in White Sulphur Springs, West Virginia! The New Orleans Saints opened their training camp on Friday, July 25th at The Greenbrier, complete with a picnic and a grand opening celebration of the AdvoCare Sports Performance Center the following day.
For only $10, fans had the opportunity to purchase a wristband, which gained them access to pictures with the players, as well as autographs. The Greenbrier Sporting Club organized the picnic, and fans were treated to delicious traditional fare which included hamburgers, hot dogs, chips, cookies and watermelon. Attendees also had a chance to tour the new state-of-the-art 55,000-square foot facility.
The Saints will be concluding their training camp here at The Greenbrier Wednesday, August 13, 2014. If you have not had the opportunity to attend a practice, be sure to make plans to do so soon! 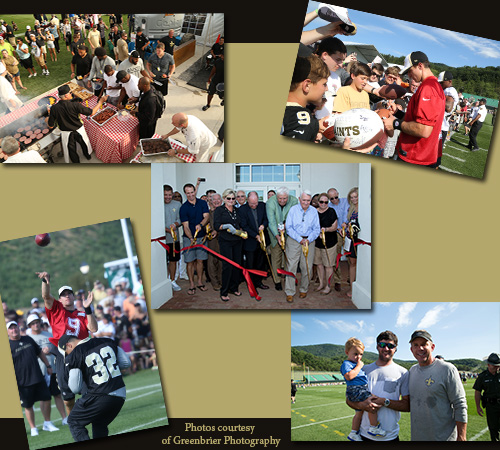