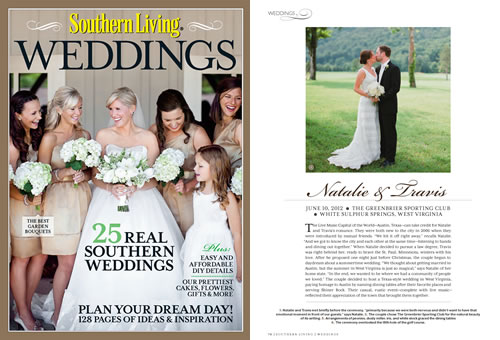 The Greenbrier Sporting Club is thrilled to be featured among the 25 Real Southern Weddings in this year’s Southern Living Weddings Magazine. Published once a year, Southern Living selects only 25 real weddings to feature, so we are extremely proud. The featured wedding hosted an afternoon ceremony on our event lawn overlooking Howard’s Creek and the 18th Green of The Snead, and a dine-around reception and dancing in The Lodge.
The happy couple, Natalie & Travis, chose The Greenbrier Sporting Club as their summertime venue for its natural beauty and were wed on June 10, 2012.

“We thought about getting married in Austin, but the summer in West Virginia is just so magical,” said Natalie of her home state. “In the end, we wanted to be where we had a community of people we loved.”

You can see this stunning wedding (pages 76-79) and more in the 2013 issue of Southern Living Weddings Magazine. The magazine is on shelves nationwide, so go pick up your copy at a local grocery or bookstore. 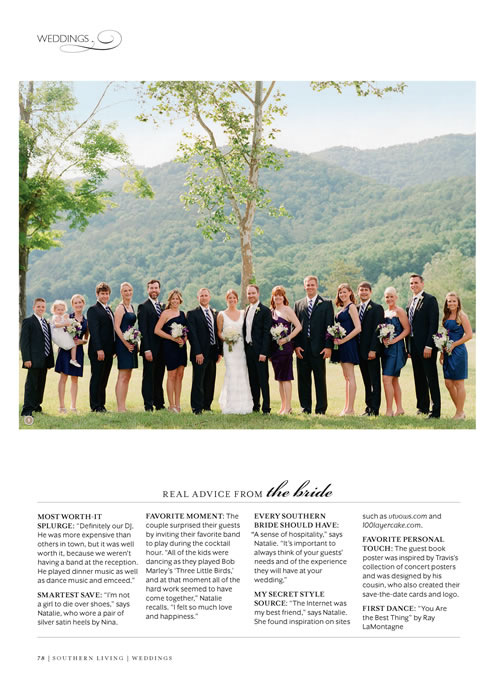 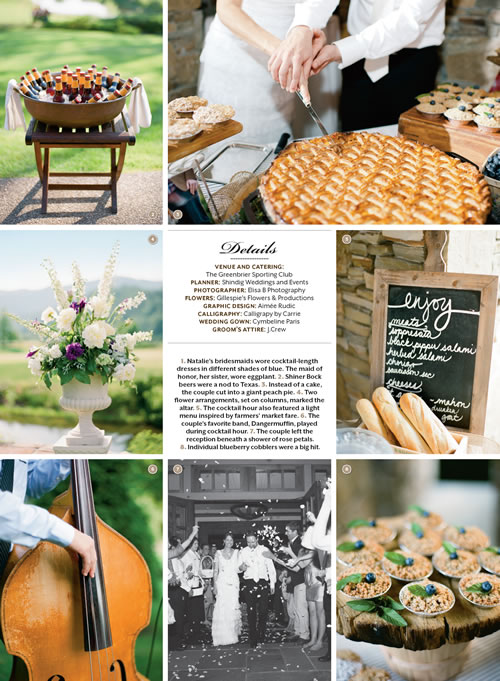