The Greenbrier Sporting Club asks you to join us in congratulating and welcoming two of our amazingly talented culinary team members in new leadership roles. 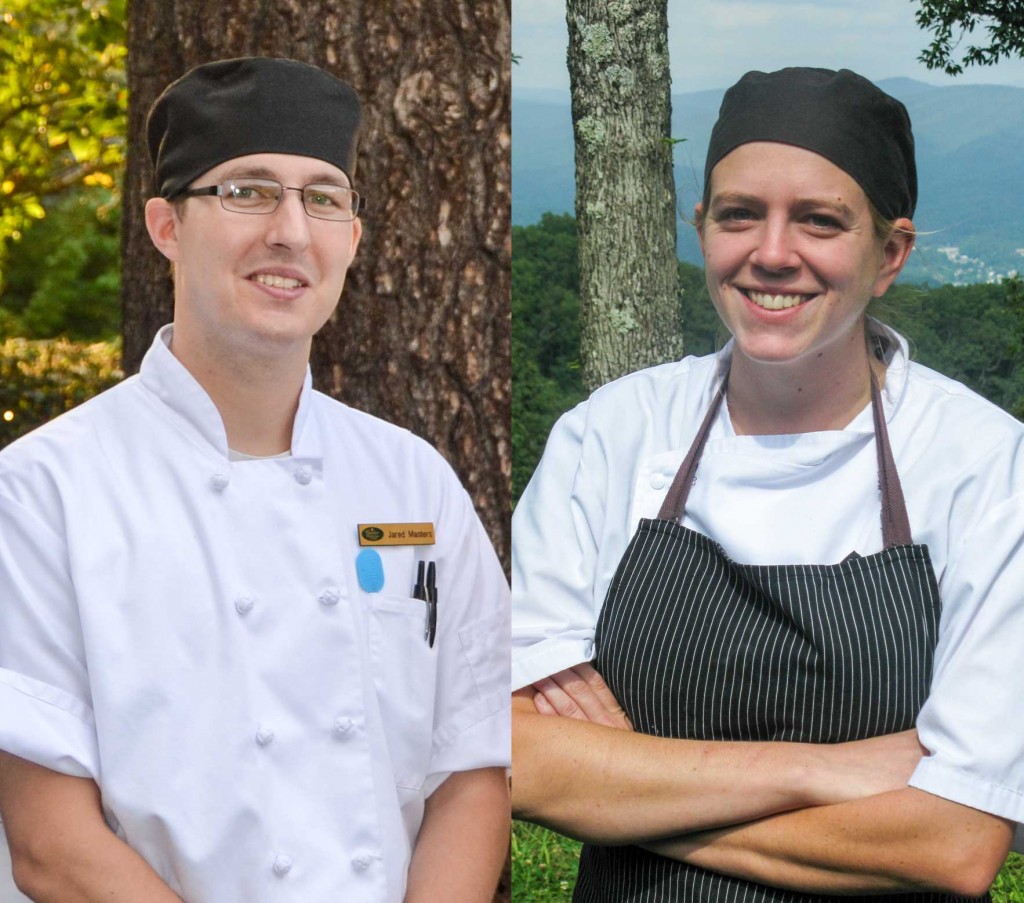 Chef Jared Masters has been promoted to Chef de Cuisine of The Summit. Chef Masters has worked his way up through the ranks over the past few years, and at every turn has exemplified great leadership skills and extensive culinary abilities. He has truly set the example that hard work, passion for the craft, and dedication to one’s goals are the keys to professional success. Jared’s cooking style is ever evolving with current food trends and technology, all while staying true to classical techniques and disciplines. We are looking forward to the great things Chef Masters and his team will accomplish at The Summit for years to come.
Jared was born and raised in Organ Cave, West Virginia, where he grew up farming, specializing in beef and market lamb production. He began his cooking career in the Main Kitchen at The Greenbrier and, in 2012, decided to bring his talents to The Greenbrier Sporting Club. Once here, he worked his way through all the stations, honing his skills under Chef de Cuisine, Jered Miller, before being promoted to Chef de Partie of The Lodge restaurant and then Sous Chef at The Summit. With his most recent promotion to Chef de Cuisine of The Summit restaurant, he is looking forward to showcasing his farming background through his unique style of cooking. Outside of The Club, he assists as Vice President of Allegheny Genesis LLC, a company focused on the research and production of alternative and sustainable crops. Away from work, he enjoys spending time with his wife, Alyssa, and their infant daughter, Sophia Jo.
Chef Hannah Reid has been promoted to The Lodge Sous Chef. An excellent mentor and teacher, Chef Hannah sets the tone for consistency and excellence within her team. She brings a wealth of culinary knowledge and experience to the brigade. Her creativity and talent have positively impacted the culinary team and membership for a number of years throughout the positions she has held. We are very thankful to have her returning to a leadership position, and we are looking forward to Chef Hannah’s continued success in the culinary industry.
Hannah grew up in the foothills of the Appalachian Mountains in Albemarle County, Virginia. Growing up in a family of great southern cooks, as well as having the opportunity to travel throughout the United States as a child, gave her a love of fine ingredients and various regional cuisines. During high school, she began her career in foodservice as a dishwasher at the C&O Restaurant in Charlottesville, VA. It was there she discovered a passion for fine dining and began her career as a chef, eventually being promoted to Sous Chef at the C&O. She came to The Greenbrier Sporting Club in 2007 in order to assist in the opening of The Summit restaurant and has held various leadership positions at The Club over the past ten years. Living in Greenbrier County has nurtured Chef Hanna’s love of the outdoors and locally harvested ingredients. Outside of work, she can usually be found spending time in the woods and streams of West Virginia with her two dogs.