Executive Chef Jered Miller of The Greenbrier Sporting Club was featured in a recent publication of Greenbrier Valley Quarterly. Continue reading below or click the thumbnail to view the full article. 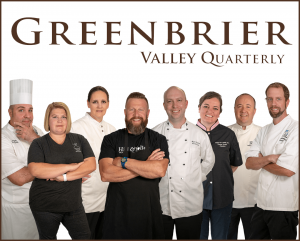 Click thumbnail above to view full article at gvquarterly.com

“I get really excited about charcuterie and salumi. The old-world methods of cooking and preserving pork are amazing. When you can take a pork shoulder or leg, add salt and spices, and then let it hang in a temperature-controlled room for a year, or even two years, and turn it into something spectacular—that to me is an art, one that I am trying to master.”